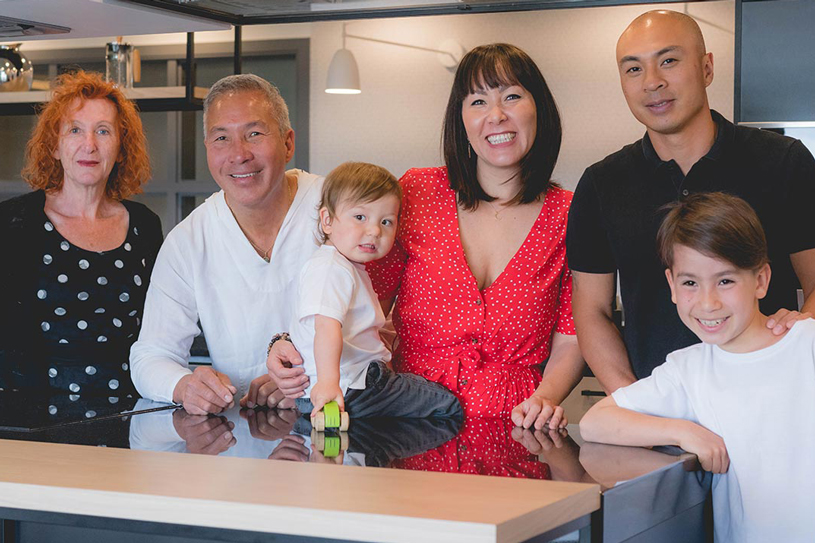 I have been making imperial rolls with my parents since I was little!

Food and entrepreneurship are passions that have always played a big role in my life.

In 2013, I decided to take a risk and use my family recipes to make and sell imperial rolls at the Granby public market.

The following year, I joined another market, and so on… for a total of six different public markets, from Granby to Val-David! In 2015, due to the high demand, I decided to sell my products in grocery stores. This venture also developed quite quickly! Several local grocery stores, as well as larger popular chains, believed in me and my products, and decided to give me a chance! Today, after a lot of hard work, I have been able to gain the trust of my customers, which has helped contribute to the increase in demand for my products across Quebec.

Born in Vietnam to Chinese parents, my father started cooking with his mother when he was barely four years old. She used to say to him, “I will show you how to fish so that you could feed yourself”. A lesson that my father would later teach me. Like many others after the Vietnam War, my father decided that he wanted to build a better life for himself and his family, which included a wife and eight-month-old son. They took a 60-foot boat with 295 passengers. Forced to throw almost everything they owned overboard, due to the high number of passengers on board, they had nothing left except a small gold chain sewn into the flap of the baby’s sweater. After two days at sea in sweltering heat, the food spoiled. There was only half a liter of water left per person per day.

After six days on the boat, a severe storm hit. My father was helping the sick in the ship’s hold when his wife said to him, “Do you love your son? Do you want to save him? If so, we need to go up to the deck!”.

My father took the baby in his arms and, just as he extended his hand to help his wife, the boat capsized. His wife, who could not swim, disappeared. He swam to shore alone with his son.

Malaysia reluctantly hosted them in a refugee camp for three months and 25 days. My father sold the small gold chain for CA$44 and bought peanuts, which he then resold to buy more food. On March 26, 1979, my father and brother were finally able to fly to Montreal, Canada. They stayed at the Castel hotel in Granby where, after two weeks, my father found a job working in a kitchen in the evenings. During the day, he went to school to learn French!

Soon after, he met a young Quebecer… my mother!